Trees are living, moving beings that inspire awe, so it's no wonder countless cultures see them as sacred. 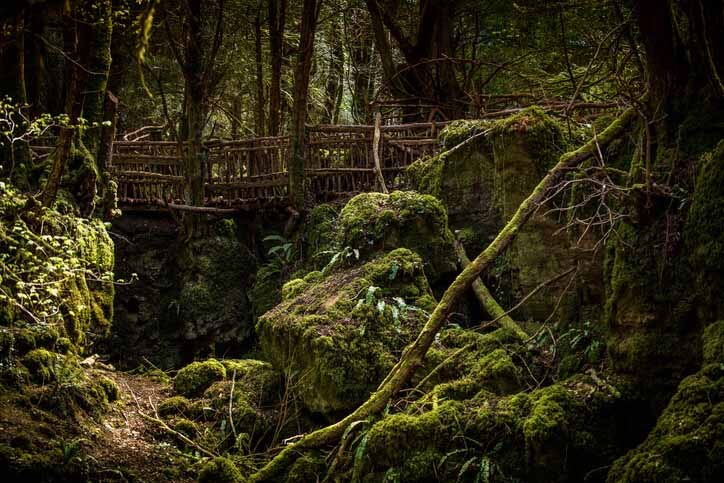 Delving into the folklore of these magnificent natural wonders

Take a walk through the woods and you can't help but admire the majesty of the trees surrounding you. Shooting towards the sky on sturdy wooden trunks, their branches moving in the breeze with fluttering green foliage that you almost could imagine is waving at you. Trees are living, moving beings that inspire awe, so it's no wonder countless cultures see them as sacred.

Trees are a universal spiritual symbol, spanning almost every spiritual tradition, from Druids to Maori, along with Egyptian, Hindu, Christian, Shamanic, Norse, Sumerian and Mayan. The tree as a spiritual symbol signifies the link between the spirit world and our world. Trees signify fertility, growth and spiritual knowledge. The longevity of trees means they can symbolise states of consciousness, spanning time and place. Here are some mythological trees.

This was the tree of life for the Pagan Norse people, such as Vikings. It is an ash tree, which symbolises the connection of the three worlds: underworld, Earth and heavens, as well as the three states of being: past, present and future. In myth, the tree supports and nourishes all of creation, literally holding up the world with its strong branches. Norse god Odin underwent many trials on the massive frame of Yggdrasil to earn himself spiritual knowledge and wisdom.

In the isolated mountain valleys of China, intrepid hikers might find a tree that makes even the bravest adventurer run in the opposite direction. The legendary jinmenju tree is said to bear fruit with human faces! Worse still, the faces are reported to laugh, chatter and grin at humans when they pass by - terrifying! But you'll be quite safe, as the tree has never harmed anyone. Legend says if you laugh along with the tiny fruit faces, one of the fruits will drop to the ground for you to eat. Well, that's great - the fruits are said to taste of citrus - as long as you're not squeamish about chewing on a face! Yuk!

The Oracle Oak of Dodona

Dodona, which is in north-west Greece, is the site of the oldest oracle in ancient Greece. The site was founded there after a dove settled in the branches of an oak tree. This was seen as a sign that a sanctuary dedicated to the king of the gods, Zeus, should be built there. Zeus answered the questions of pilgrims through the sound of the rustling leaves of the oak tree, which were interpreted by a priestess. The tree was famous in the ancient world and legendary heroes who consulted its oracle include, Odysseus, Achilles and Jason, who was instructed by goddess Hera to tie a cutting from the sacred tree to his ship, The Argo, for protection.

A divine tree of life, sacred to the Hindus, Buddhists and Jains. According to legend, it was originally a wishing tree on earth. It was supposed to provide for physical needs so people were free to concentrate on spiritual growth. But people began to misuse the tree, asking for greedy wishes of wealth and glory. So the gods took it away from earth to grow in the heavens, instead. The kalpataru tree represents the concept of controlling your desires and controlling your mind in order to spiritually evolve.

This tree was said to provide shade for the Buddha from the scorching sunshine as he contemplated and meditated his way to spiritual nirvana. So it is forever associated with him. According to legend, the banyan's roots never stop growing, always searching for more nourishment - much like the mind of the Buddha. It is also said that if a banyan tree is cut down or burned, it is able to regenerate, like a phoenix, and restore itself because of these deep roots.

The mythological lotus tree was written about by Greek poet Homer in his book The Odyssey. The fruits of the lotus tree were so delicious that anyone who ate them would forget everything and everybody who was important to them. Living in apathy, idleness and oblivion, they would waste their lives away until death found them. This is a warning about narcotics or any numbing substance or behaviours that will block your path to enjoying life to the fullest.

If you go down to the woods in Japan, you'd better be sure you don't go near any Jubokko trees! These frightening mythological trees will grab you with their grasping branches and drag you to them where you'll be drained of blood. Yikes! Folklore says these vampire plants were once regular trees, but developed a taste for blood after a great battle was fought nearby, soaking the ground with blood. The tree roots absorbed the blood and now, like any good vampire, they are always thirsty for more. So beware the vampire trees!

You can send us an email to enquiries@psychicsofa.us